"WEDNESDAY COMICS, DC’s spectacular 12-issue weekly series, continues to offer a comics experience unlike any other this August. In its second month, don’t miss the action in these continuing features:

WEDNESDAY COMICS will arrive in stores folded twice to 7” x 10”." 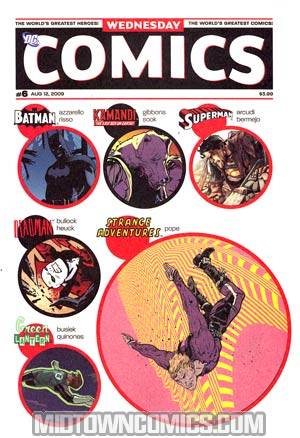