"The entire palace is in an uproar after a fire breaks out in Daebi-Mama’s quarters. Is it an accident or is it arson? Chae-Kyung doesn’t want to think Shin is involved, but when she slips into Shin’s room, she accidentally overhears scraps of a conversation that sound an awful lot like a confession. The investigation almost prevents them from going on their high school trip, but with a little negotiating they’re on their way to a cozy, out-of-the-way hotel where the Queen Mother has made some...special arrangements: The two of them have to share a room! Things are already awkward, but Chae-Kyung can’t shake her suspicions, especially when Shin’s behavior seems so different from usual..." 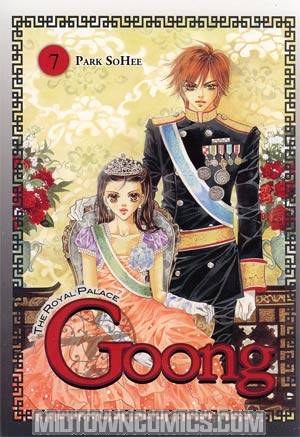