"Andy heads off to summer camp, leaving the toys behind to fend for themselves. In much the same way Buzz discovered he is a mass-produced toy in the first installment, Woody discovers that he is a valuable collectible spawned by a popular 1950s TV Show. 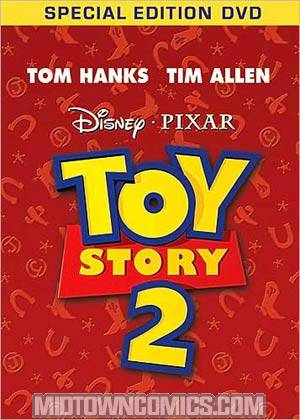