"From Stan Lee comes Marvel's complete 1994 animated television series, IRON MAN. Experience every thrilling moment -- from the very first episode to the final climactic battle -- in this 3-disc collector's edition. Witness the action-packed adventure from the very beginning as billionaire inventor Tony Stark dons his invincible suit of iron to battle the villainous Mandarin and the power of his ten deadly rings. With fellow superheroes Nick Fury, War Machine, Scarlet Witch, Spider Woman and Hawkeye at his side, Iron Man faces off against a band of evil foes, including Whiplash... and confronts his own demons, as well. Go behind the armor and get to know the man under the powered suit. This complete IRON MAN collection is a must-have for fans of all ages! 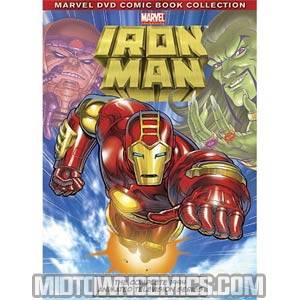