In this issue meet Sarah Palin. Best known as the former Governor of Alaska and McCain's VP candidate in 2008, Palin has yet to declare as a Republican candidate in the 2012 race, but by most accounts is expected to run. But how did she get there? Decision 2012: Sarah Palin #1 charts the course of this candidate from her early beginnings to her current status as the undeclared favorite that might run for President of the United States in 2012. Is she your candidate? Then pre-order this comic book at your local comic shop and let your voice be heard. 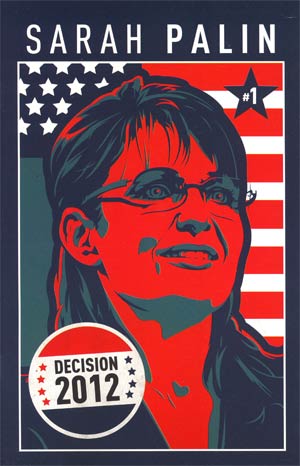