"This Korean romance appears monthly in Yen Plus and was promoted at the 2008 San Diego Comic-Con with a giveaway pig mask! Si-Joon has a recurring nightmare about being eight years old and lost in the woods. In his dream, he is forced to marry a strange girl whose face is obscured behind a pig mask. Unsettling as it is, at least it's just a dream. On his sixteenth birthday, though the girl with the pig mask appears in his room-declaring that she's come to share their first night together as husband and wife!" 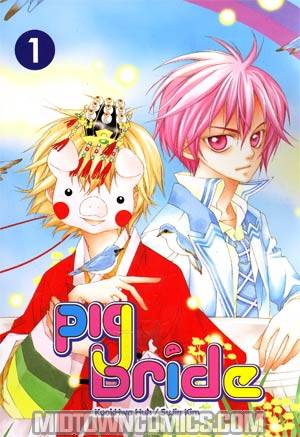