"Rafita, the young, rising star of the bullfighting world, has never feared to face a bull since his first kill at the age of twelve. But when he falls in love with Mauro, a butcher who rends the bulls Rafita has killed, his confidence begins to waver. In his dreams, Mauro — who, like a bull, is colorblind — is alternately the bull he faces in the ring and the butcher who carves up his own skewered corpse. Red Blinds the Foolish depicts a complex relationship, and a cultural form, where the sublime and the savage meet." 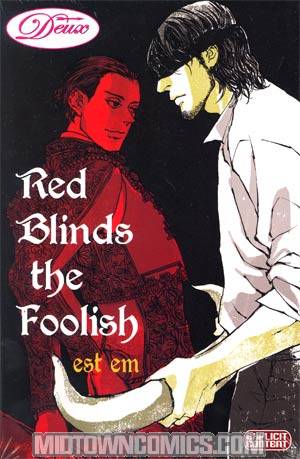